CenterPoint Properties and the Kansas City Southern Railway Company have come together to develop a 1,340-acre intermodal logistics center in South Kansas City, Missouri. So, why is everyone so excited about this project? One of the largest benefits can be summed up into one word – jobs.

“The Richards Gebaur Air Force Base was a huge contributor to the economy of South Jackson and Cass Counties,” says Steve Rinne, a business development officer for the EDC. “When the base closed, individuals, neighborhoods and surrounding cities really felt the effect. The kinds of jobs that will come as a result of this new development…. warehouse, manufacturing, engineering, and all the vendors who service them….is going to provide a huge job market for workers from around the region – and of all skill levels. This project could truly boost Kansas City’s economy in a way we’ve never seen before.”

A bit of history…

Built on the site of the shuttered Richards Gebaur Airport,  which closed in 2000,  the cleanup and  land transfer process began prior to  2005.  “When I started at the EDC my main task was to provide staff support for the redevelopment, be it financial, communications, public outreach, and coordination of all agencies involved” said Rinne. Coordination was quite a task as the land transfer involved six different federal agencies, plus state, local and community involvement making it at the time, “the most complex land transfer in the history of Kansas City,” according to Rinne. He said everyone had a different objective or agenda, and getting all the different agencies on the same page was like “herding cats.” 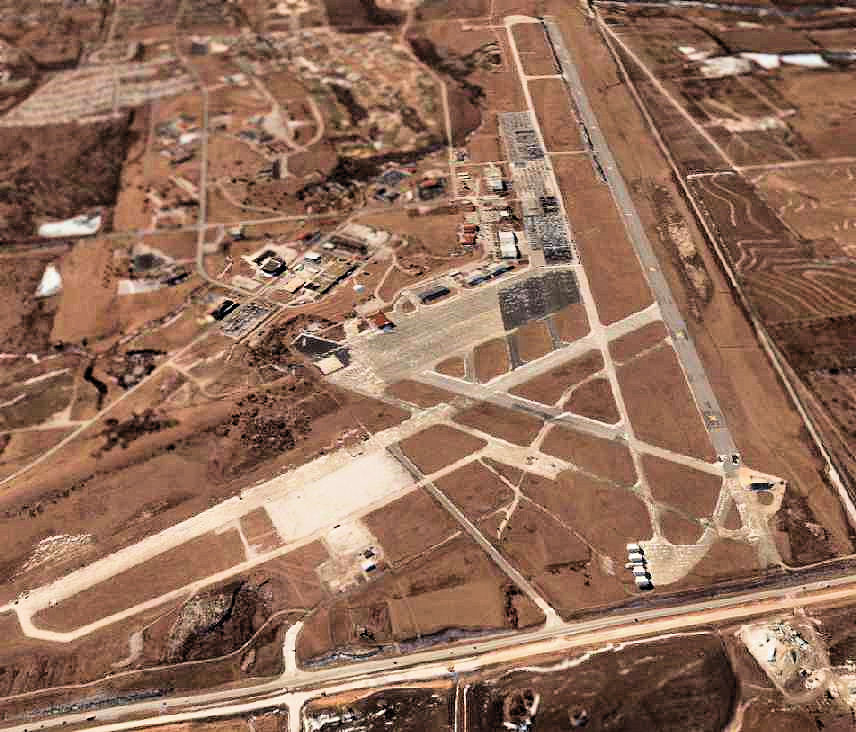 In 2008, the facility was officially sold to CenterPoint Properties, a Chicago-based development company who specialized in redeveloping “brownfield” sites into industrial complexes centered around intermodal freight distribution. To make the site “shovel ready”, Phase I of the redevelopment plan included environmental cleanup, site grading  and infrastructure/utility installations in preparation for up to 5 million square-feet of warehouse and distribution facilities.

The airport proved to be an ideal site for rail-oriented operations since the runways, built to Air Force specifications, were an incredibly stable base to lay railroad tracks without additional modifications. The expanse of property also provided plenty of room for building new construction.

Where things are today….

CenterPoint Properties and The Kansas City Southern Railway Company continue to develop the site into a state-of-the art facility that offers the fastest inland route to the heart of North America. The site is positioned to become a significant distribution hub for international trade, as import and domestic traffic volumes continue to grow from both Mexico and Canada. 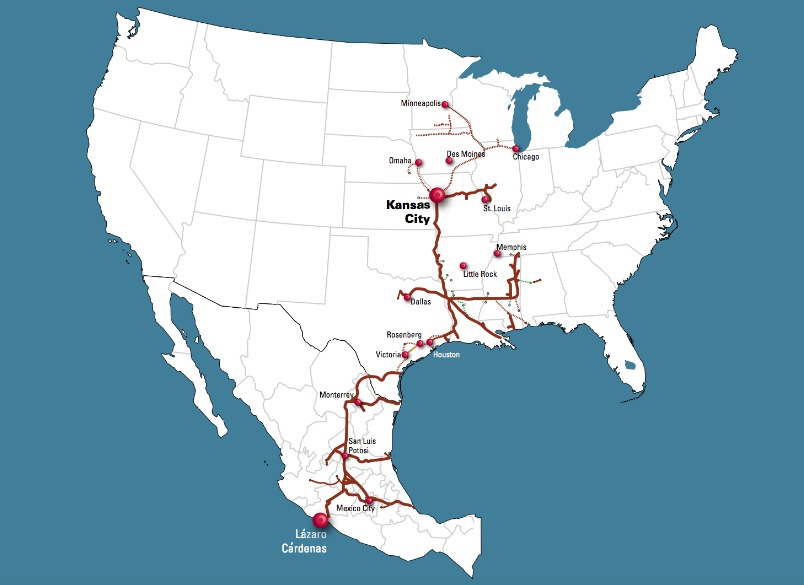 As of today, two buildings are complete and fully occupied.  A third “speculative” building will break ground in the next few weeks. If the first two buildings are any indicators, tenants will be recruited in short order.  As for the new operations, Rinne feels a sense of closure. “I have been working on this project for ten years,” says Rinne. “To see employees working in newly created jobs, in part because of my effort… I feel tremendous satisfaction.”

Kansas City is considered #1 in rail and #3 in trucking nationwide, which makes our city the perfect hub for distribution. Centerpoint’s central location and proximity to numerous east-west and north-south highways and interstates means tenants can ship goods to 80% of the U.S. population within two days by truck, which means nothing but opportunity for Kansas City! 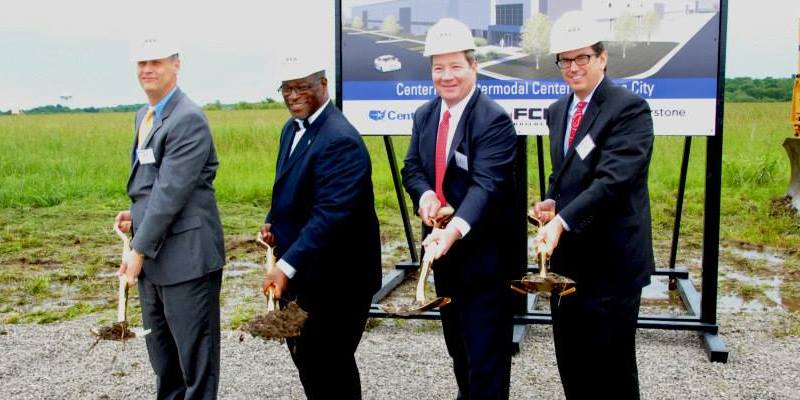 CenterPoint Properties recently broke ground on the 450, 000 square foot project on Wednesday June 3rd, 2015, during a small ceremony. Mayor Sly James gave a speech to the roughly 25 attendees on the opportunities he anticipates this project bringing to Kansas City. This groundbreaking event was a significant step towards the construction phase 1 of the redevelopment project.

“In five years, I hope that phase one of CenterPoint Intermodal Center has been completely built out.  It will have created new jobs and opportunities in Kanas City and I’m excited to see the city continue to thrive and grow,” said Melissa Roman, Vice President of Development at CenterPoint Properties.

View a brochure of the project here