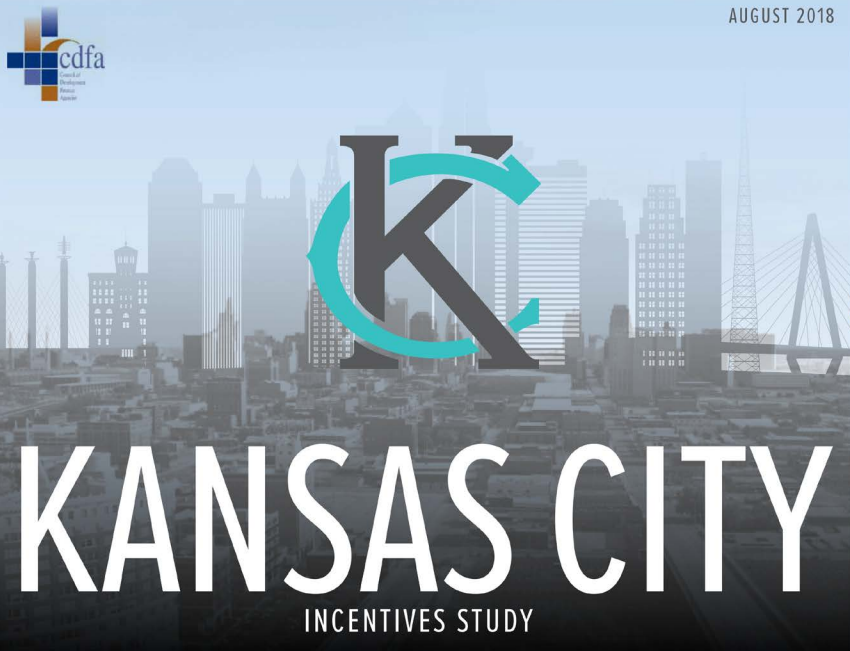 Results of a Kansas City Incentives Study, which sought to complete a comprehensive data-driven analysis of the City of Kansas City’s historic use of economic development incentives and the resulting outcomes, were released this month with a key finding indicating that each City of Kansas City, Missouri’s incentive dollar invested generated $3.83 in additional tax revenue.

The study was conducted by a team lead by the Council of Development Finance Agencies (CDFA). CDFA brought together five partners to complete the study including Business Development Advisors, PGAV Planners, Regional Economic Models, Inc. (REMI), and locally based Phillips-West Communications, and Bennie L. Lewis & Associates.  EDCKC President and CEO Bob Langenkamp and statutory agency incentive program administrators Heather Brown (TIF), and David Macoubrie (PIEA) assisted with selection of the consulting team and served in an advisory capacity throughout the project.

A study of this depth covering such an extensive period of time has not previously been attempted in Kansas City.  Kansas City is among a select group of cities undertaking the challenging process of conducting a historical analysis of its incentives use and striving to improve program effectiveness.

The study focused on a time period – 2006 to 2015 – that had sufficient reliable data available across all programs and taxing jurisdictions and generated its results in the aggregate, rather than on a project-by-project basis, as doing so produced the best statistical outcomes.

The study reported that over this 10-year period:

Some important information – such as the return on individual incented projects or what development might have occurred absent an incented project – could not be tracked for this study due to the availability and /or quality of data that could be sourced. Now with a baseline master set of incentive data, the City can develop new systems and procedures supporting a more detailed analytical model.

“This study has delivered a first-of-its-kind look at the true value of incentives and their transformative effects on Kansas City,” said Mayor Sly James. “The information in this study helps ensure that future decisions regarding incentives are data-driven, not anecdotal, and shows how incentives have been essential in growing our City’s thriving economy and exciting momentum.”

In its engagement, CDFA was charged with independently designing, conducting and delivering original research, results and data-driven analysis of the City’s use of incentives.

The incentive study looked at performance of the key tools employed by the City in promoting job creation and redevelopment to evaluate:

In its methodology, CDFA used AdvanceKC as the basis for policies and metrics; federal sources for regional and national historic economic data; EDCKC, the City of Kansas City, Missouri, as well as Jackson, Platte and Clay counties for local incentive program data. 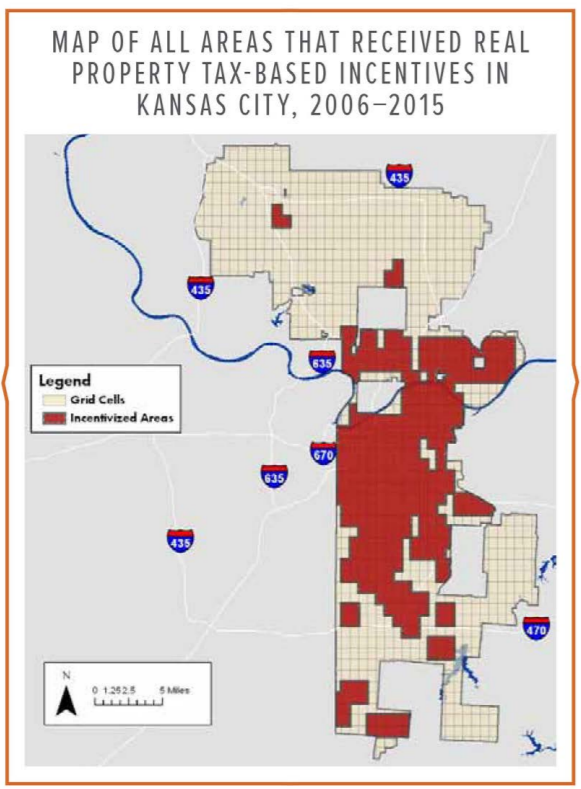 Records analyzed for the study*:

Quantifying the outcomes of incentive programs is not easy for most cities, including Kansas City, because the data that was historically collected wasn’t always focused around reporting long-term outcomes.  Kansas City has already taken important steps to improve its data collection, including undertaking this study. As a result, Kansas City has identified several opportunities to build on prior efforts and further enhance its data collection, data management and data reporting systems. EDCKC staff will play a critical role in working with the City of Kansas City to implement these process improvements in the upcoming months.

The study identified five next steps for improving our incentives management system.

Learn more by viewing the full report at http://kcmo.gov/citymanagersoffice/incentives-study/