The Columbus Park Lofts, just north of 5th Street in Kansas City, Missouri, broke ground in November 2015 and recently celebrated reaching the 50 percent completion mark with a “Topping Out” open house and barbecue celebration. The Columbus Park Lofts are in the first phase of a $100 million project to redevelop 20 acres of what was once a 12-acre industrial and 8 acres formerly occupied by public housing. The concept is expected to appeal to artists and others who want to combine living and studio space along the KC Streetcar line. 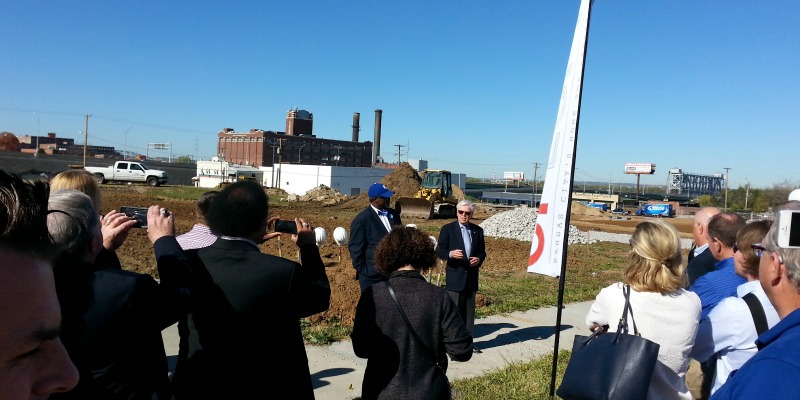 Joe Egan, Executive Director of the Land Clearance for Redevelopment Authority (LCRA), said 108 units, 54 of which will be workforce housing, will be completed by the end of this year. He said the goal is to create the feeling of an urban neighborhood like those found in cities like Boston or Brooklyn.

“Columbus Park is in a desirable location for the young people we want to attract and keep in Kansas City,” said Egan. “You’ll be able to see the skyline from your front door, while still feeling like you are in a neighborhood.”

The sustainable, pedestrian-friendly community will feature off-street parking, 24-hour security, and nearby public transit, including the KC Streetcar. Units will range from $500-$850 for one bedroom units and $1100+ for a two bedroom model depending on amenities. A cooperative workspace will be available for tenants to inspire innovation and creativity.

Egan said the plan is to develop a combination of apartments, single family condos, and commercial space. “We want a nice mix of available options so we aren’t committed to 100 percent of any one thing,” said Egan. “If we diversify, the development will maintain long-term viability.” One of the first steps was to work with the city to update the aging infrastructure, including water and sewer lines, streets, and sidewalks. Egan says future phases of the project depend on several variables. 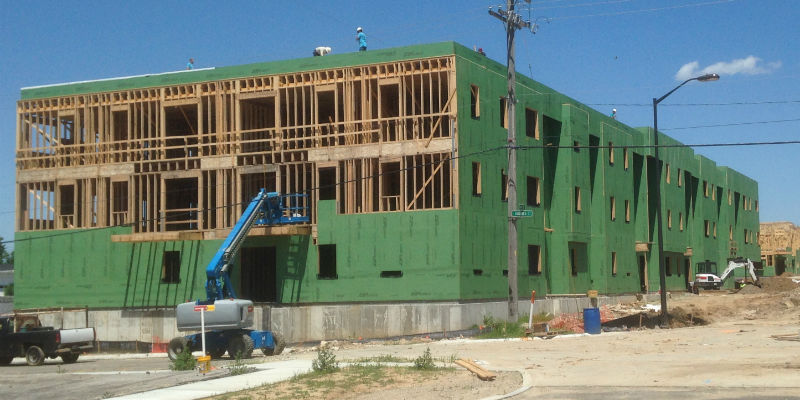 “We are currently seeking financing to start the next phase, but the timeline will depend on the housing market and the city’s ability to fund the infrastructure update,” says Egan. Later phases of the redevelopment project are expected to include 12,000 square feet of ground-level retail topped by 12 lofts along Fifth Street, 24 single-family homes and about 120 more apartment units.

Once the entire project is completed, Columbus Park will include 360 units and 20,000 square feet of commercial space across 20 acres. Egan said people are excited to move into the community, and there is already a waiting list for units in the first phase.

“We’ve been asking, ‘If we build it, will they come?’ and the anticipation for this project is high,” said Egan. “The rental market in downtown Kansas City is hot right now, and Columbus Park will be an attractive neighborhood for people to move to.”