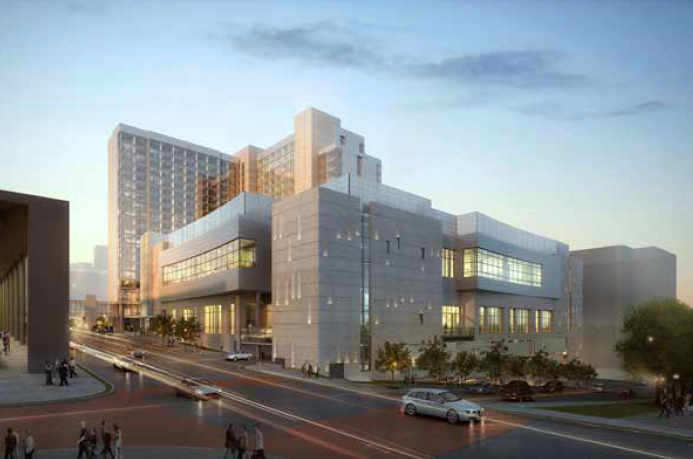 This Christmas, Kansas City is finally getting something that’s been on its wish list for many years. A new four-star downtown convention center hotel is set to break ground in early 2018. The 24-story, 800-room hotel owned and operated by Loews Hotel is expected to be complete in spring 2020 and host its first convention, the 20,000-person International Shriners convention, in July of that year.

The city needs additional hotel rooms to continue to grow convention business in the future. It’s been difficult to accommodate a “city-wide” event, one which needs multiple locations across a city to house all the attendees. The new hotel adds a significant 800 upscale hotel rooms to the existing 2,000 within three blocks of the convention center, making Kansas City a much more attractive choice for meeting planners.

Conventions are a sizeable economic driver. Visit KC reported that in 2016, conventions pumped more than $246 million into the local economy. Alex Tisch, executive vice president of Loews Hotels, said the addition of the hotel will allow Visit KC to compete annually for 100 to 200 new pieces of convention business that it previously had no chance of attracting.

The $322 million development will include 75,000 square feet of meeting space; 15,450 square feet of restaurant, bar and retail; a 450-space garage; 9,913 square feet of recreational facilities; and a 4,500-square-foot terrace. It will occupy a 3-acre city block across from the Bartle Hall Grand Ballroom from Truman Road to 17th Street, between Wyandotte Street and Baltimore Avenue. An enclosed walkway will connect it to the ballroom.

While under construction, the project is expected to add 1,500 construction jobs and upon its completion, an estimated 500 full- and part-time new hotel jobs will be added. Additionally, the new hotel will prompt ancillary development for related goods and services.

The EDC is providing redirection and bonding through TIF and LCRA tax abatement and project revenue bonds. We are pleased to be part of a project that is so paramount to our city and invite you to stay tuned as we share progress updates.