iCON Architecture + Fabrication, a full service architecture firm specializing in retail, hospitality and entertainment venues, hasn’t stopped growing since they moved into their new location in the River Market back in 2012…. a historic building at 506 Grand Boulevard. When the firm first moved, the company had only 7 employees. Now they have 22… with no sign of slowing down!

“We’ve actually already outgrown this space,” says Jake Schopp, a Partner and Architect at iCON. “We have another office building at 3rd and Oak Street.”

When asked where the company will move to as it continues to grow, Schopp answers “We’re not going anywhere.” Schopp and his team like the River Market area too much to even consider the possibility of relocating to another part of town.

Despite Schopp’s fondness for the River Market, the fact that the company decided to relocate there was for a much more practical reason: availability. With a historic tax credit making this huge renovation project more affordable, iCON set out to work on making a roughly 85-year-old building look like a professional architecture firm.

The renovation process took about a year and a half to complete, and construction was done in two phases. The first phase included the two buildings that make up iCON’s very large and impressive shop. The second was the reception and office area. Schopp told us that previously the workshop and offices had been in two separate buildings, this renovation gave iCON the space to have everyone under the same roof. 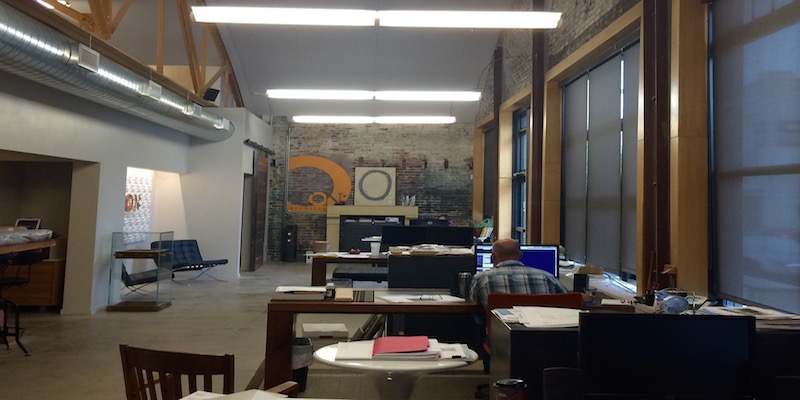 The building, which was constructed in the 1930’s, originally served as a service station with two gas pumps outside. The refurbed building still has the same look and feel as the original filling station, with the one of the windows resembling a large garage door that you’d find at a typical service station. 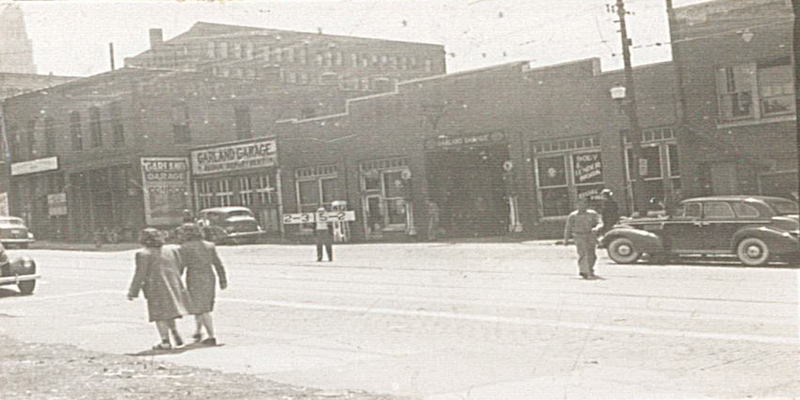 The building was first used as a service station.

Inside, the office still has the original brick walls and concrete floors. The open work concept gives the space a more modern and sleek feel. It’s the ideal combination of old and new architecture, and it works well––giving off a very minimalistic vibe.

Though Schopp and his two other partners had little control over the reconstruction on the outside of the building (due to specifics in the historical tax credit), they were able to completely redesign the inside of the building from scratch. Since the company was already expanding, the partners collaborated to design a space that was build for growth. With their shop now conveniently under the same roof, all the wooden furniture throughout the space was build by iCON artisans. 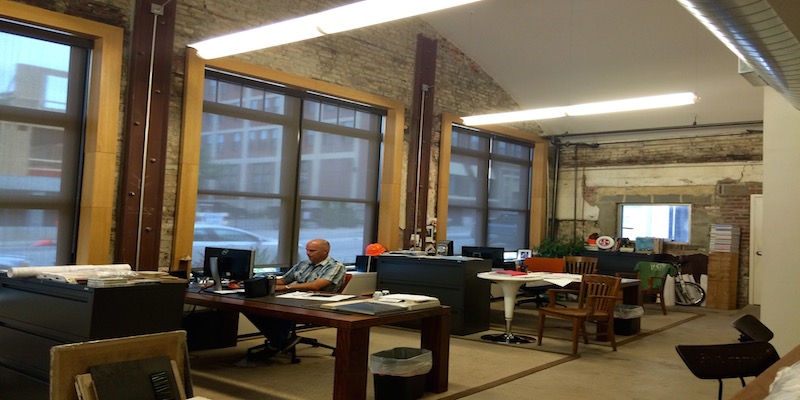 Schopp seems proud of the space his team has created. The building needed a huge facelift, so who better than an architectural firm to make these changes? As buildings are his career, Schopp is passionate about the importance of keeping historic buildings alive throughout Kansas City.

“When you begin to tear buildings down, the environment and feel of the neighborhood begins to fall apart. River Market has so much personality and a large part of that is due to old buildings like these,” says Schopp.

With the new streetcar and a series of apartment complexes being built throughout the River Market, Schopp’s company seems to be in the ideal Kansas City area for growth.

This blog is part of a new series aimed to highlight historical buildings that help define our Kansas City skyline. If you know of a Kansas City building that has a historical story to tell, please email it to Kaitlin Brennan for consideration.