Tom’s Town Distilling Co., located in Kansas City’s Crossroads district, is the first legal, downtown distillery in Kansas City, Missouri since Prohibition. Owners Steve Revare and David Epstein purchased the 17,000 square foot building, which was built in 1904 and then invested $1.5 million in renovating the historic building.

The project, which created 30 new jobs, kept many of the building’s original features, including the charred beams from a 1918 fire. The owners carefully created a 1920’s Gatsby-esque brand that reflects Kansas City’s rich history. 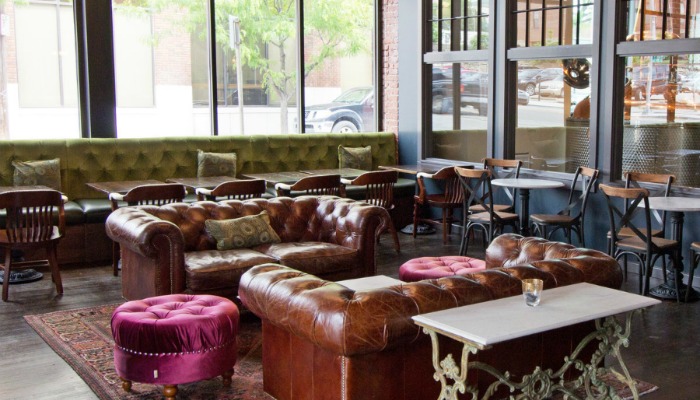 The distillery draws inspiration from the country’s most polarizing and corrupt political boss, Tom Pendergast, who was said to have controlled Kansas City in the 1920s and 1930s. Tom’s Town names its spirits after some of the most colorful characters of the Kansas City Prohibition ­era. 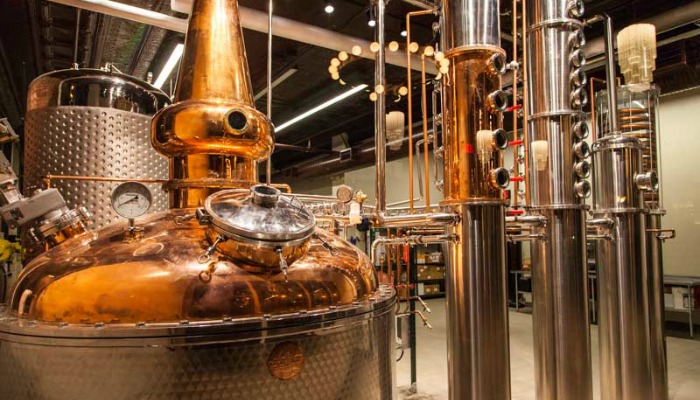 Visitors can enjoy distillery tours and a tasting room with a small plate menu. The distillery, which produces gin, vodka, and bourbon, also includes a 5,000 square foot event space with views of the Kauffman center, the Power and Light Building and Bartle Hall.