*This story is part of the Where Are They Now? series, created to update and inform KMCO citizens on current and past EDC Cornerstone Finalists.

“The goal was always for the dirt at this location to be repurposed for community improvements,” says Yarco Company COO, Jonathan Cohn. The dirt Cohn is referring to is the 24-acres of land located at 3838 Chelsea Drive in Kansas City, Mo. It has since been redeveloped into St. Michael’s Veterans Center (SMVC): a permanent housing nonprofit organization for Kansas City’s homeless veterans. 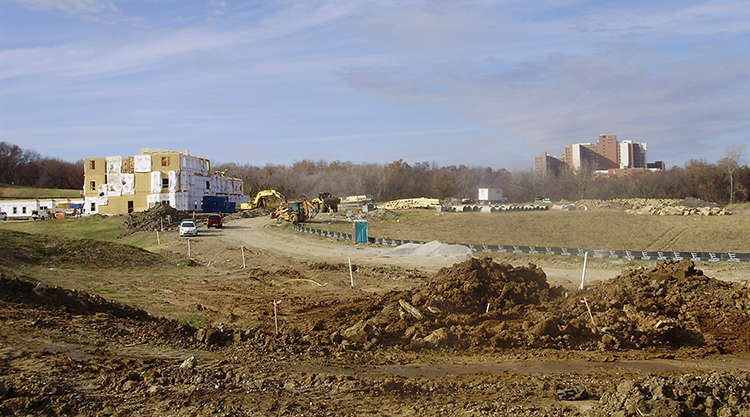 St. Michael’s was built on former site of a 198-unit public housing building torn down 20 years ago.

Phase I of the projected $40 million project broke ground at a celebration on September 25, 2013 and St. Michael’s Veterans Center officially opened its doors in July of 2014. With Phase I now at capacity, and another 85-90 applicants on the waiting list, the vision of giving homeless veterans in Kansas City a permanent home address has become reality. 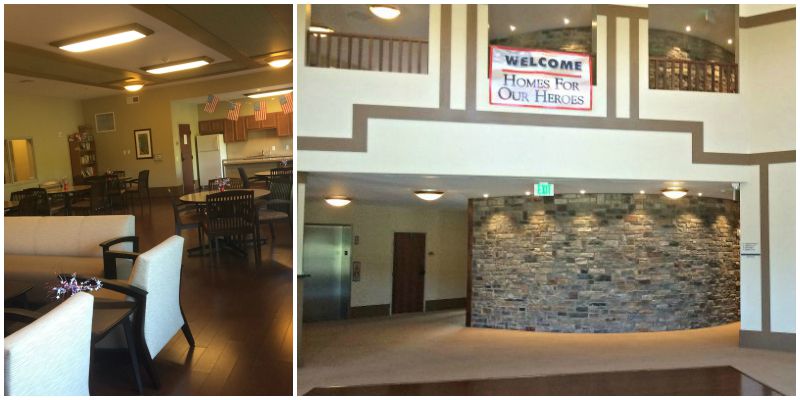 According to the U.S. Veterans Association, there are roughly 1,800 homeless Kansas City veterans.

Since it opened just 14 months ago, 58 veterans now call St. Michael’s home. This incredible accomplishment wouldn’t have been possible without the partnership of Catholic Charities, who provides all on-site social services, The Yarco Company, who provides property management and is the lead construction developer on the project, and U.S. Bank, who invested $10 million into Phase I construction.

“Without them [U.S. Bank], there would be no St. Michael’s today,” Cohn said, as he praised and acknowledged the U.S. Bank’s mission to support veteran’s causes.

“This isn’t a table with 10 legs, where you can take one away and it still stands. Every agency is vital to the creation, growth and success of St. Michael’s,” said Cohn.

SMVC provides more than four walls and a roof for its residents. The nonprofit offers veterans a wide array of services, and community members and businesses have been donating time and resources to help veterans move toward healthy reintegration into their communities. Services range from financial literacy courses to classes on healthy eating and exercise. Local residents and companies donate food, furniture, kitchen and house supplies, and much more. 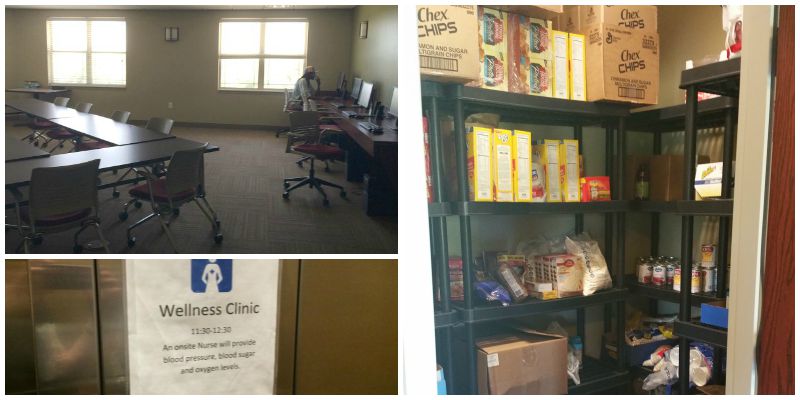 The computer lab is where many job searching, résumé building and basic computer skills programs are held. The community center offers free food donated from Harvesters and local produce donated by community members. 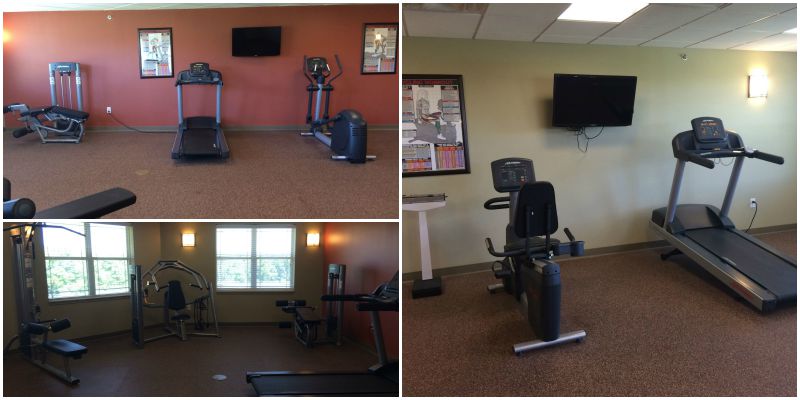 “We have a case file on every resident so we can better help and understand what each individual’s specific needs are,” said Yarco Company Regional Property Manager Dennis Watts, who oversees operations at St. Michaels and is also a veteran. “We find out what their needs are and then we pull together resources to help facilitate programs that will best help them.”

A Catholic Charities case worker is on campus to engage with, and encourage various partnerships with local Kansas City organizations. She also helps place the veterans in outside programs if they are struggling to find one that suits their needs.

Since many of the residents do not own a vehicle, Catholic Charities provides a bus to take them to buy groceries, look for jobs and see their doctors. If SMCV can’t provide transportation, they provide bus passes. 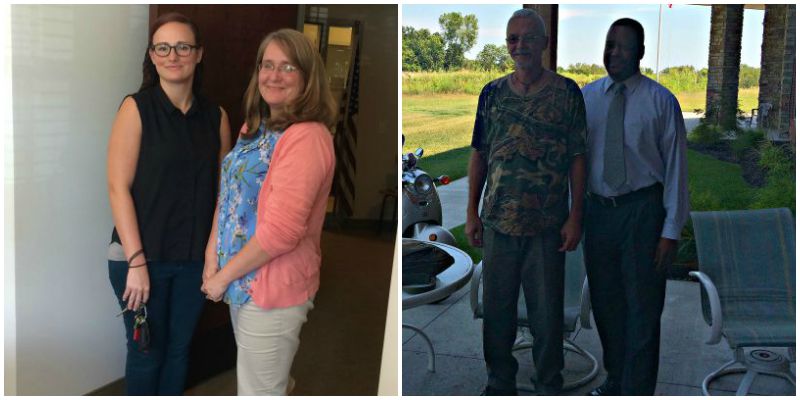 “Having access to regular transportation is something our veterans didn’t have in the past. It’s a huge benefit, and a major factor in getting them on their feet and feeling like an everyday citizen,” said Watts.

A key initiative at St. Michael’s is job placement. The organization has partnered with a number of local Kansas City companies that specifically hire SMVC residents––some even provide transportation to and from the job. About 20 veterans currently have jobs.

“Just having a job, or even a roof over their heads, does a lot of good for a person’s overall mental health,” said Watts. “It’s the first step towards total independence.”

Every resident is given a 626-square-foot apartment with a bathroom and fully equipped kitchen. Each floor has laundry.

The financial plan has been approved and tax credits have been allocated for Phase II of SMVC’s construction, which will add 59 more apartment units to the campus. Along with the new housing units, a 10,000-square foot administrative office will also be built with the hope of adding more people to St. Michael’s current paid staff. They hope to break ground before the first freeze of this year, and Phase II construction is scheduled to be completed in 2016.

Construction plans for the campus are being developed based on the resident’s needs. 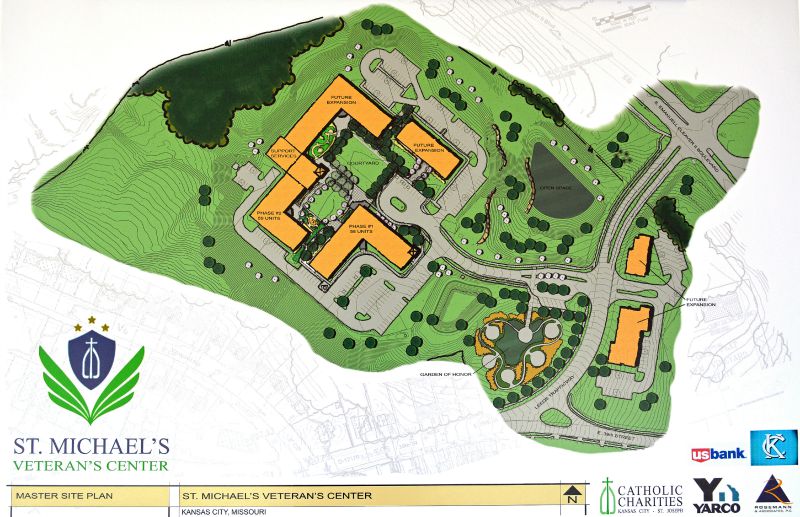 “Dennis and the site staff have been helping construct what the Phase II plan needed to include to better serve our current and future residents,” said Cohn. “Once we better understood what the need was, we were able to complete the development plan for construction.”

Though Phase II construction hasn’t even begun, St. Michael’s already has ideas planned for Phase III and Phase IV development. One plan includes a Heroes Pavillon: land that is intended to be a dedicated public space for residents and community members to honor veterans.

While these phases are currently placeholders on the master development plan, St. Michael’s history of success and determination leads us to believe these plans won’t be ideas on a piece of paper much longer!

We are both excited, and proud, to be associated with a project that is changing so many lives. We will continue to follow along with all phases of construction, and look forward to sharing more progress soon!

See a glimpse into the project in the below video and hear a veteran’s experience of how St. Michael’s Veterans Center changed his life.

A HOME FOR HOMELESS VETERANS – THE SAINT MICHAEL’S VETERAN CENTER PROJECT from Cara Myers on Vimeo.