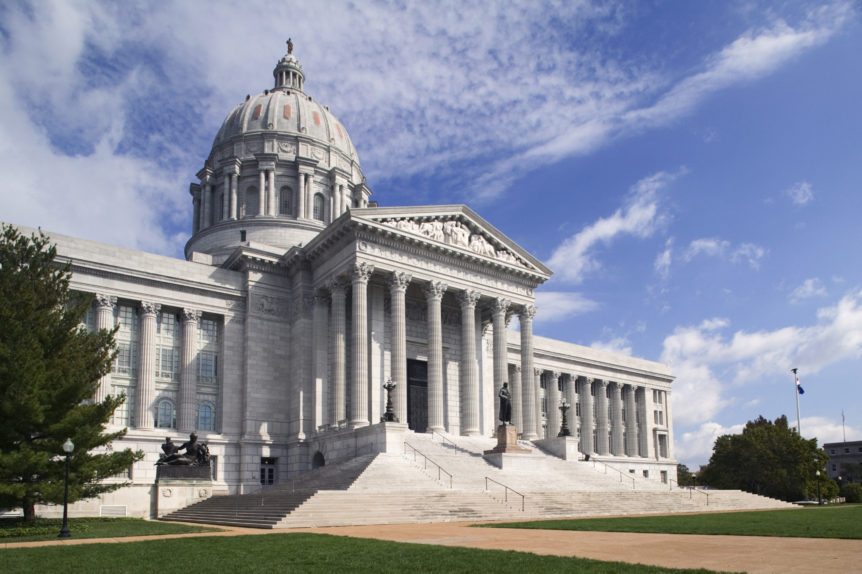 EDC lobbyists and staff have been putting in a lot of miles between Kansas City and Jefferson City. With an ever-changing political climate, EDC is focusing attention on advocating for economic development. Below is a list of items currently on the agenda as well as the current status.

Goal: Support state funding for the Buck O’Neil Bridge. Total project costs for a new bridge are estimated to be $200 million.
Status: State and regional partners, such as Missouri Department of Transportation and Mid-America Regional Council, have committed up to $140 million, and the City has applied for federal grants up to $60 million with a 20 percent local/state match.

Goal: Support both traditional and innovative ways to fund all modes of state and regional transportation, including the upgrade of roads, highways, waterways, rail, public transit and air travel, in an efficient and cost-effective manner.
Status: Rep. Corlew and Rep. Razer proposed a seven cent per gallon increase to fund the upgrades but Gov. Greitens opposes any gas tax increase to fund the upgrades needed to improve Missouri infrastructure.

Goal: Support funding for the Missouri Technology Corporation and early-stage capital legislation.
Status: Gov. Greiten’s budget maintains $2.25 million in funding for MTC, decreased from $23 million. The hope is to increase funding to at least $3.5 million.

Goal: Maintain funding support for historic and low-income tax credits.
Status: Senate Committee Substitute SCS Senate Bill 590, Historic Tax Credits, is on the formal calendar for perfection (formal vote), at which time it may be amended, substituted or altered. The bill stipulates: a $70 million annual cap; credits would be at the discretion of Missouri Department of Economic Development (DED) and required to show net fiscal benefit, size and quality of project, level of economic distress and input from local municipality; total credits issued may not exceed 25 percent of eligible costs; single-family, non-income producing, owner-occupied residences are not eligible; DED may charge a fee not to exceed one percent of any tax credit issued. There will likely be an alternative historic plan submission by Sen. Wallingford.

Goal: Create or amend Missouri economic development tools that help to compete with other states, focusing incentives on companies that create high paying new jobs for the region.
Status: MO Works is likely to be extended to 2030 coming out of Senate Economic Development Committee (SB 549).

Goal: Retain existing state economic development incentives and commitments to programs including MODESA, Chapter 100 bonds, state TIFs, existing tax credits, continued state funding for the maintenance of the Truman Sports Complex and the Bartle Hall Convention Center; oppose any efforts to restrict allowing voters to decide on the renewal of the earnings tax and other programs that benefit Kansas City area businesses. Continue to protect existing programs and funding.
Status: No action at this point.