As Kansas City continues its efforts to make our city the most entrepreneurial city in the country, a community-oriented real estate development company believes a centrally located innovative workspace campus – housed within the old Westport Middle School – is only going to help that effort ten-fold.

In February 2015, SDP publicly announced their redevelopment plans for the former Westport Middle School and it is creating quite a buzz among Kansas City’s entrepreneurs. Why? SDP plans to redevelop the school for various multi-tenant uses with a major focus on entrepreneurship and innovation users. 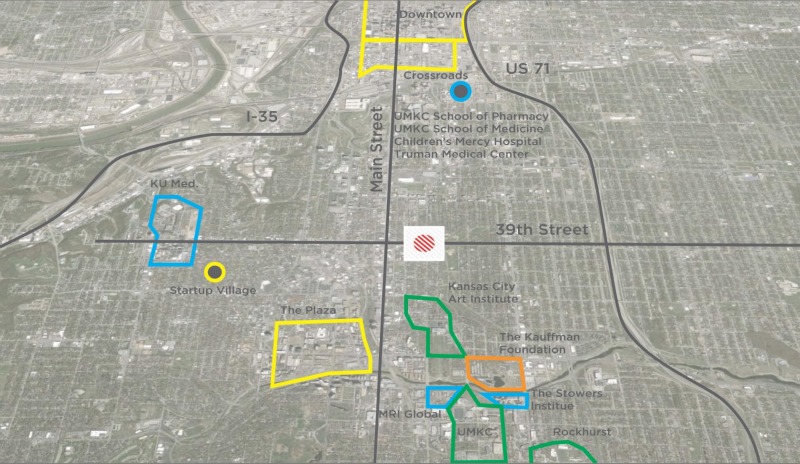 The Westport Middle School, located at 300 E. 39th Street in Kansas City, Missouri, and the adjacent Westport High School, which SDP recently obtained the development rights for, are now slated to become the new Westport Commons: An Innovative Workspace Campus.  Its central location and transit connectivity should be a boom for those who office there or for those who want to hold events in its 10,000 square foot auditorium. 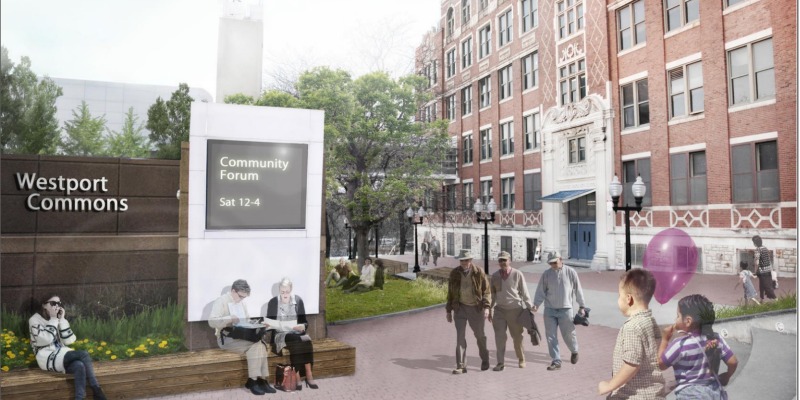 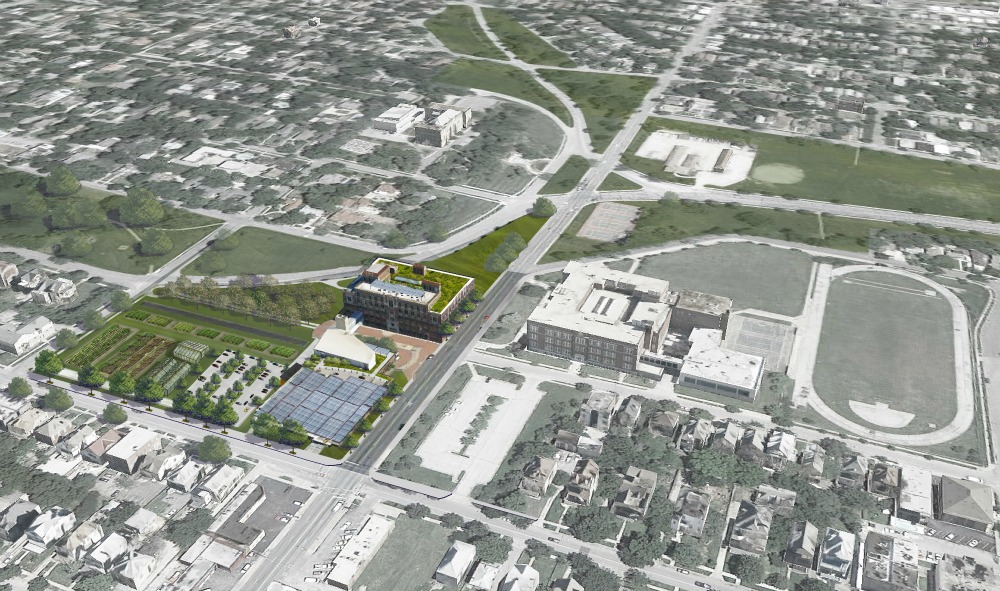 “The schools in our community have always tied people together,” says Walsh. “People come up to us all the time and say they went to Southwest, or Bryant, or Swinney, or one of the two Westport schools. There is tremendous history in these old buildings,” says Walsh. “Not only were they places where children learned, but they were gathering spaces for the communities in which they were located.  Schools served multiple needs and provided multiple connections. One of the goals of the Westport Commons is to bring that connectivity back to life.” 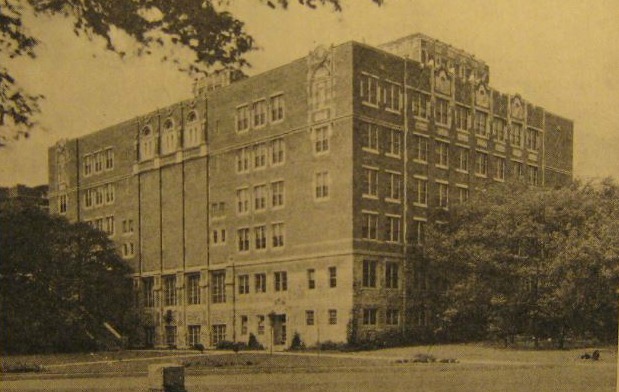 The development team has big goals and envisions an open community space with coworking, a coding school, incubator/accelerator spaces, access to capital, events, and programming space, corporate innovation groups, resource support services and more is expected to operate out of the space once it’s redeveloped. There will also be a companion emphasis on co-locating together various non-profit collaborative organizations.

The coworking space is expected to help fulfill the needs of a growing population of businesses who are choosing to move toward collaborative work environments. Coworking environments, where workers from different companies often work in close proximity to each other, have become very popular, particularly within the innovation and technology communities, and a dedicated innovation workspace campus like this could potentially bring tremendous value and growth to the area. 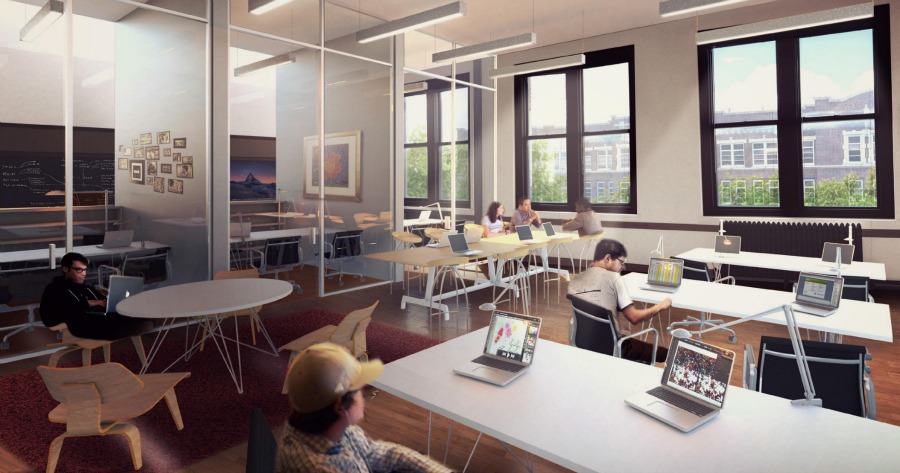 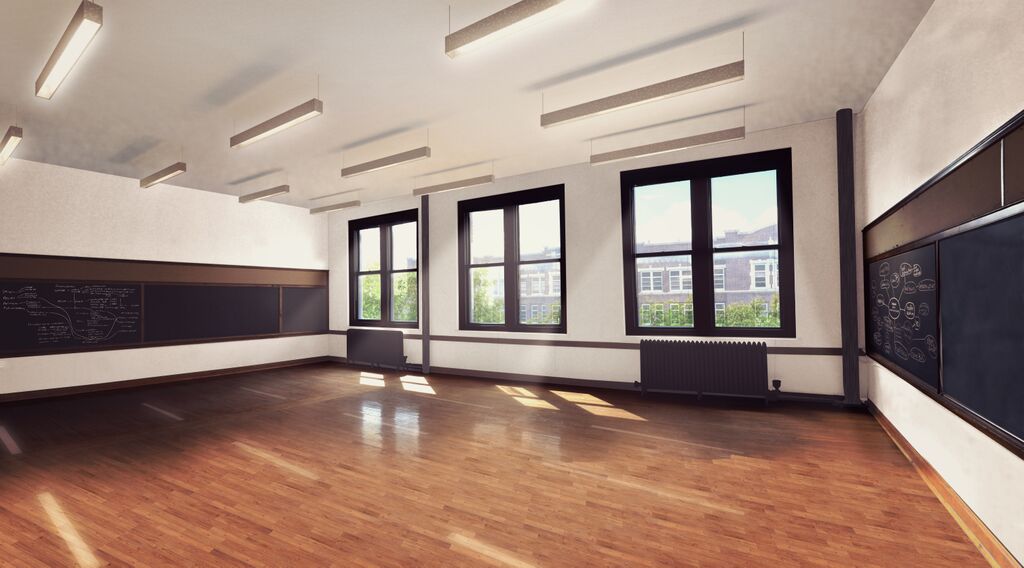 The building will be restored in accordance with historic preservation guidelines. “There is so much history in every room and we want to do everything we can to preserve as much of it as practically possible.  At the same time, we are adapting for modern use so it does have to meet those needs, but we will work to preserve its historic character,”  says Walsh. 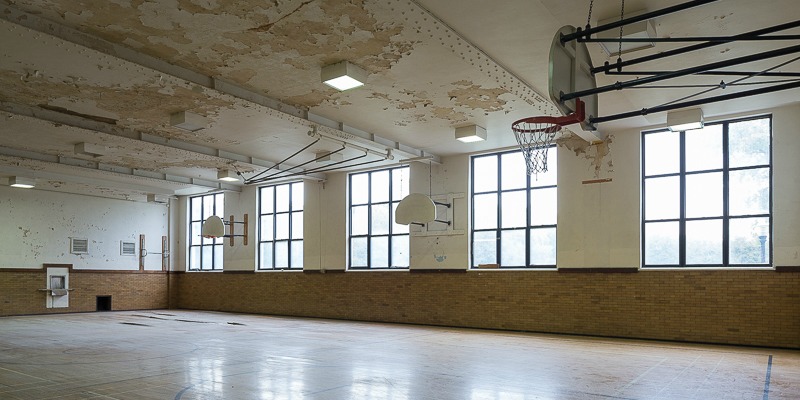 Once renovated, Westport Middle will be transformed into roughly 110,000 square feet of rentable space that will park over 300 cars, and will have over one acre of green space landscaped as a community amenity. One key feature of the school will be the existing auditorium, which Walsh says “used to be a gathering spot for both school and community events.” 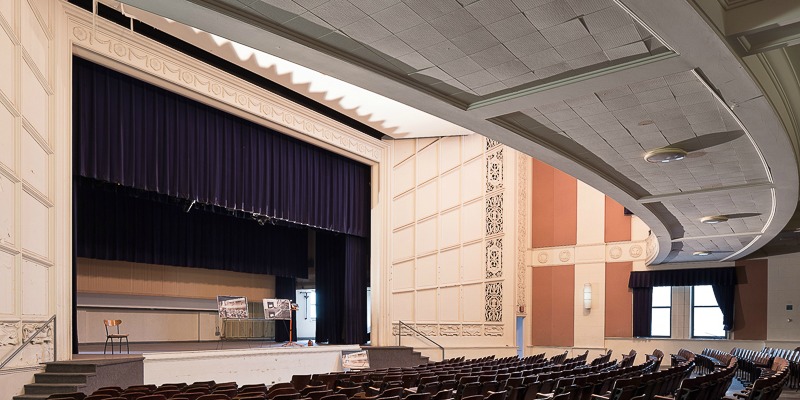 As originally configured, it covered three floors and could seat 1500 or so students.  The auditorium will be restored by Screenland Theaters and its events operator.  As envisioned, it will be reconfigured with a tiered flooring system to allow greater flexibility in use, is expected to seat 5-600 people, and will have a new digital sound and presentation system. It will likely be one of the main gathering spots on campus and will host a wide variety of community events.

Project costs for Westport Middle are approximately $20 million. Centric Projects has been selected as the general contractor, and BNIM Architects will be the project architect. The project will utilize both new market and historic tax credit financings through various financial participants. Missouri Bank and Trust will provide the senior debt financing. The project is currently closing on its construction financing.  Construction is expected to start by year-end and space delivery is expected in late 2016 or early 2017 based on tenant needs.

Westport Middle is seen as the first phase of the larger Westport Commons integrated campus with Westport High, which is located immediately to the south. SDP is in its due diligence phase for the high school and an acquisition closing there is expected in 2016.  In total, both schools present 13+ acres of land and over 300,000 gross square feet of improvements that will be redeveloped. 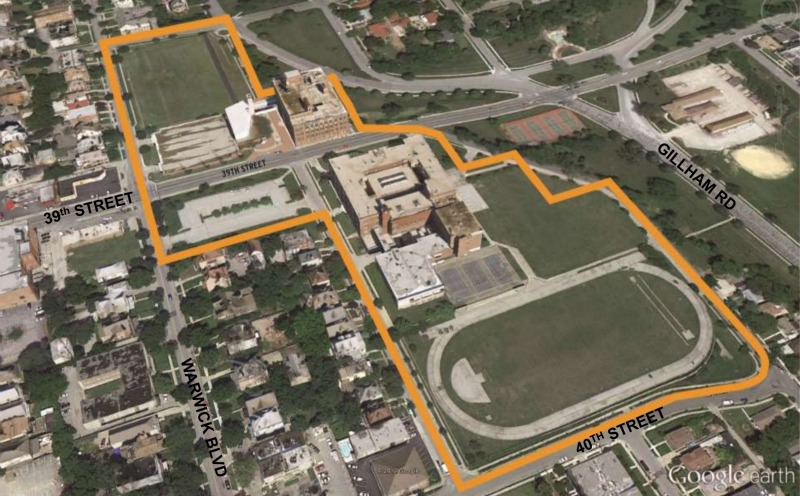 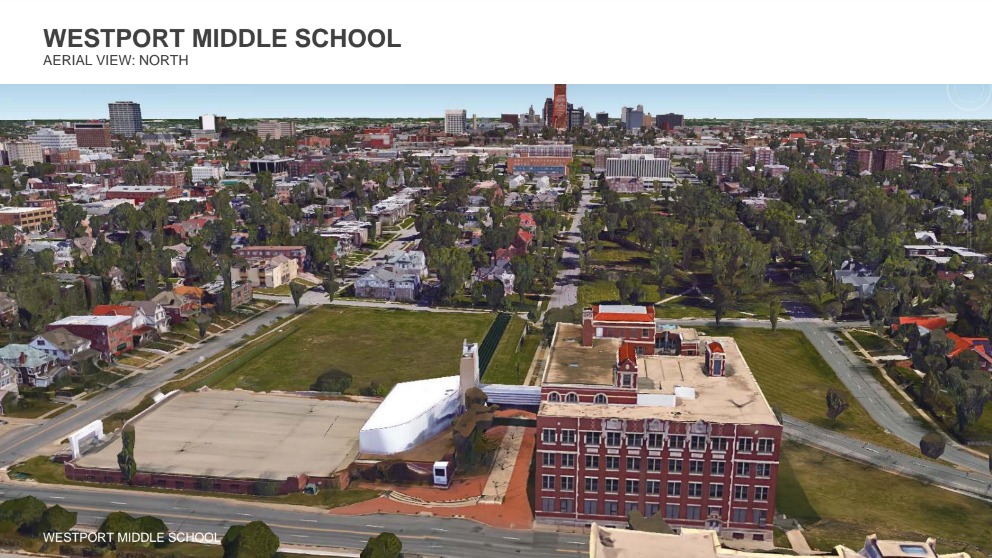 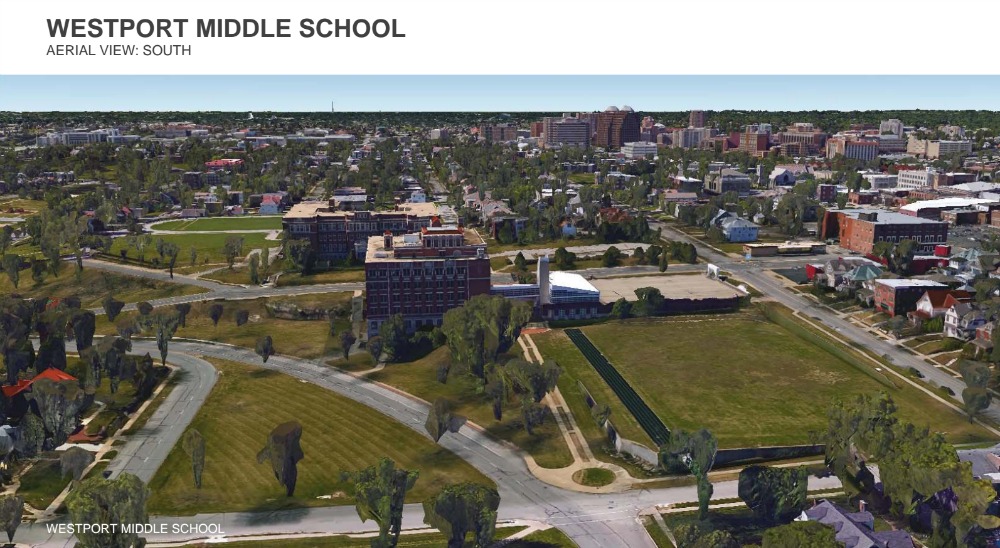 Sustainable Development Partners Kansas City (sometimes referred to as Kansas City Sustainable Development Partners) was founded in 2011 by five partners with long-standing ties to our community. Its partners are Bob Berkebile (a founding principal of BNIM Architects), David Brain (who recently retired as CEO of EPR Properties), Butch Rigby (founder of Screenland Theaters), Lou Steele (area commercial real estate broker) and E.F. Chip Walsh (area development consultant).  The five partners were members of the Rockhill Tennis Club and originally created the company to assist the club in its relocation efforts to old Bryant Elementary School. While those efforts were not successful, the partners saw a larger opportunity to renovate and redevelop other commercial properties like the Westport schools.