A quick scan across the Kansas City skyline shows evidence of a story that’s unfolding in front of the eyes of people all over the country. In addition to the signature art deco-inspired pylons of The Bartle Hall Convention Center, the graceful curve of the Kauffman Center of the Performing Arts, and the iconic Western Auto sign atop the historic loft building, the city is poised to welcome back the art deco Kansas City Power and Light Building and the sleek and modern One Light apartment tower to the Power and Light District.

The phrase “build it and they will come” was certainly true for the historic Kansas City Power and Light building constructed in 1931 at 14th Street and Baltimore Avenue. Built at the time as a beacon for the promotion of new jobs in the downtown area, the art deco beauty has seen its share of ups and downs from the Great Depression to the late-1990s. The in-progress resurrection of the building couldn’t be better orchestrated as the city continues to reinvent the downtown as the place to live, work and play. 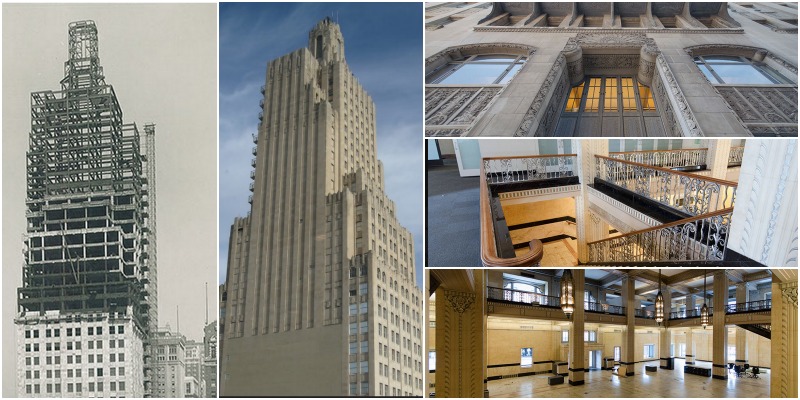 Vacant since September 2014 when the last tenants left, the building is in the midst of a massive $64 million overhaul by NorthPoint Development Co. Official notice of the building’s facelift was announced at the end of last year and construction companies are currently working to turn the former office spaces into 217 luxury downtown apartments. In addition to the 600 to 1,500 square feet apartments, the project plan includes 58 additional apartments, retail opportunities and a parking garage. Completion of the Kansas City Power and Light renovation is expected by the end of this year.

Welcoming in the New

The Power & Light District has become known as the place to be for entertainment in Kansas City and a new apartment tower will make it easier than ever to be in on the action. Those who prefer sleek and modern digs within walking distance of the city’s newest entertainment district, can set their sights on the One Light apartment block located at 13th Street and Walnut. Popularity of One Light has been the catalyst for the discussion of a second apartment tower in the Power & Light District. Considering that the city’s last apartment block went up more than thirty years ago, it’s clear that’s there’s more desire than ever to live amidst the action downtown. 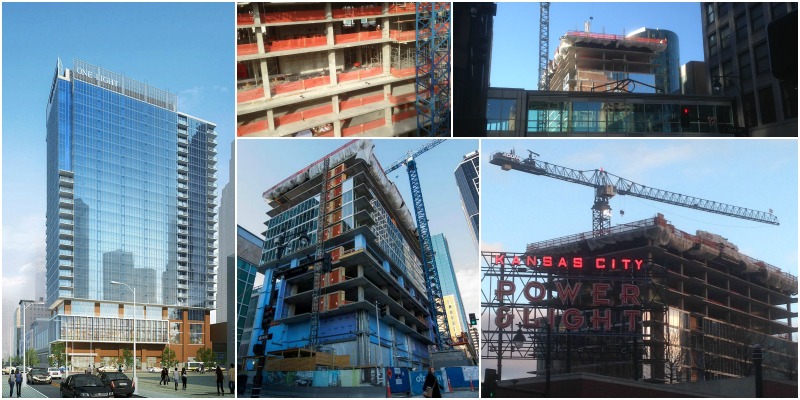 The first One Light tower, constructed by The Cordish Companies, is slated to open this fall. The tower also includes space for two penthouse floors and 594- to 1,395-square foot apartments. Plans for the second tower dubbed “Two Light” could start construction toward the end of 2015, according to Nick Benjamin, Cordish’s executive director of the Power & Light District.

Stay tuned to EDCKC for more evolutions in the Kansas City skyline!

Photographs courtesy of Power and Light and One Light