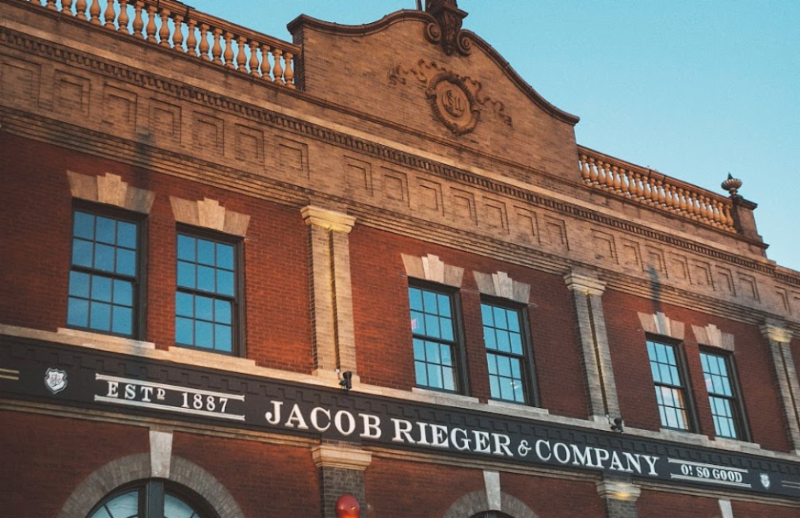 The whiskey company, J. Rieger & Co., was originally founded in 1887 in KC’s West Bottoms, but the advent of Prohibition forced it to close in 1919. It relaunched in 2014 through a partnership between Ryan Maybee and Andy Rieger. Since then, it has grown into a successful business distributing whiskey, gin, vodka and caffe amaro to major retail outlets in 22 states.

Rieger also acquired the attached 15,000-square-foot building to the south at 2700 Guinotte Ave., where the distillery originally was located. That building has become a rickhouse and warehouse, and the distillery occupies the larger structure, surrounded with amenities for tourists and visitors to enjoy including two bars, a historical exhibit, gift shop and more.

EDCKC supported with the expansion and historical renovation using tools such as historic state tax credits, that will ultimately create more than 60 new jobs in the historic Electric Park neighborhood.