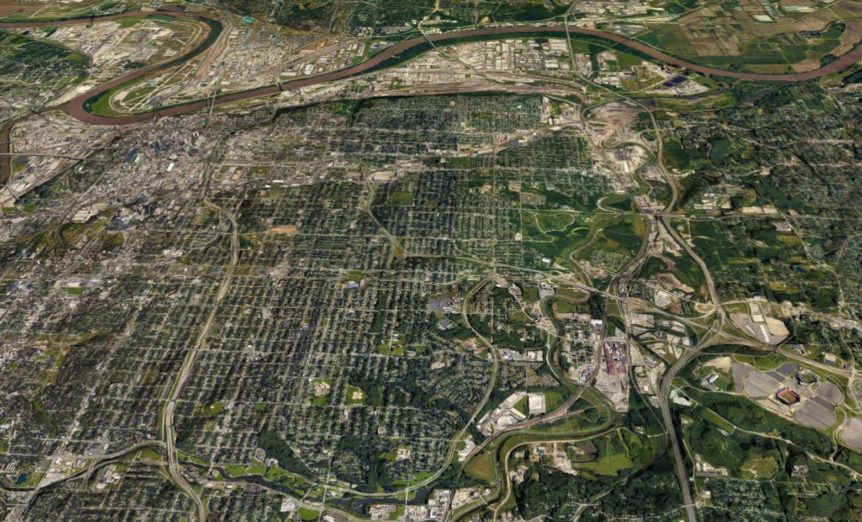 An EDCKC-commissioned economic strategic plan, funded by a $100,000 grant from the U.S. Economic Development Administration, already has spurred implementation on a number of fronts following the plan’s completion in the fall of 2017.

HR&A Advisors, an economic development firm, led a multi-disciplinary consulting team as well as nearly 20 city, county, major employer, neighborhood, transportation, utility and other leaders volunteering their time to create a practical, actionable approach to restoring the economy and ecology of this historic employment center.

Straddling the Little Blue River from the Missouri River downtown to just south of the I-435/I-70 interchange, the 4,600-acre corridor has some of the most robust transportation and power infrastructure of any area in the metro but has suffered from decades of disinvestment. 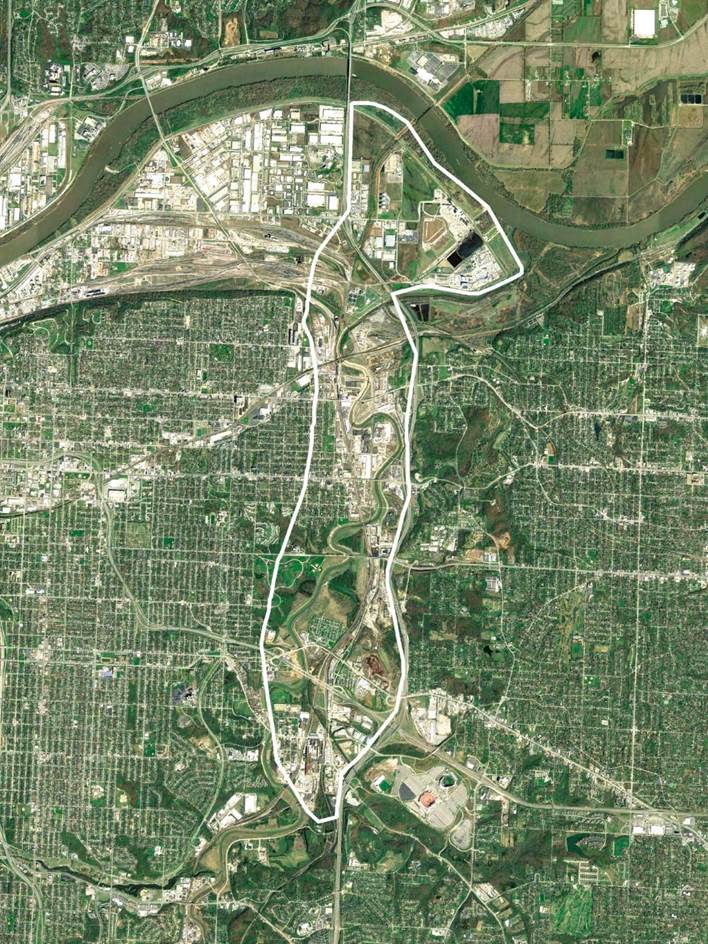 The economic strategy is grounded in four main pillars:

While there are big ticket infrastructure projects like the reconstruction of Front Street and extending Manchester Trafficway, nearer-term movement on signage and streetscape improvements can demonstrate commitment and spur follow-on investment.

Work already is afoot to acquire and make development-ready land parcels, some with transfers of surplus city-owned property, into an industrial “land bank.”  Separately, EDC staff has identified some early seed funding to capitalize an industrial redevelopment fund to help with additional site assembly.

Late last year, Councilman Scott Taylor introduced a package of incentives formulated just to serve the East Side, which would include the Blue River Valley Industrial Corridor (BRVIC). Those still need to be vetted and approved by City committees and the City Council.

As far as perception, awareness of the BRVIC is low and what there is of it tends to be about what it was in its heyday – a robust industrial corridor providing good jobs to neighborhood residents at major employers like General Motors and Armco Steel. There is much work to be done to educate stakeholders as to the corridor’s potential, the investment activity that is underway and what it could be in the future.

The corridor’s infrastructure and proximity to an available workforce lends itself to clustering industries such as animal health, food and metal manufacturing among others. Growing companies such as Custom Truck & Equipment and May Technologies as well as organizations such as the Kansas City Industrial Council and the Blue Valley Industrial Association are exceptional advocates for the area and have been very effective in their advocacy on a local, state and federal level.

In a recent white paper on this economic development initiative, a number of near-term actions are laid-out including creation of a community improvement district or CID, pursuing a series of infrastructure and streetscape improvements as well as completion of the Blue Valley Trail and carrying out a green infrastructure pilot project with the Conservation Alliance.

The work to return jobs and investment to the Blue River Valley Industrial Corridor is underway.