We are excited to announce 10 Cornerstone winners selected from the 30 finalists for the 2016 EDCKC Cornerstone Awards! 2016 marked a change in the Cornerstone Awards criteria as well as the number of award winners selected. Finalists were selected based on their ability to demonstrate the highest and best impact in improving economic development and growth in Kansas City, Missouri. We had a record number of submissions this year and we want to thank everyone for their nominations. It’s really thrilling to have so many worthy projects advancing a prosperous Kansas City, Missouri. A public vote will determine which of the 10 is selected for an additional “People’s Choice” Award.

Congratulations to our 10 Cornerstone winners!

CenterPoint Properties and the Kansas City Southern Railway Company have been developing a 1,340-acre intermodal logistics center in South Kansas City, Missouri. Three buildings are complete or nearing completion with a total construction investment of $41,000,000. To date, over 800,000 square feet has been added to the inventory of warehouse, distribution and logistics space, which will assist KCMO in expanding its strategic sector of Logistics and Supply Chain Management opportunities. Read more 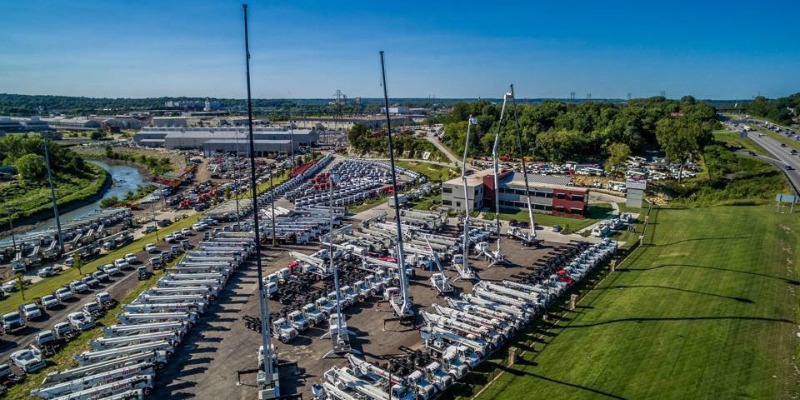 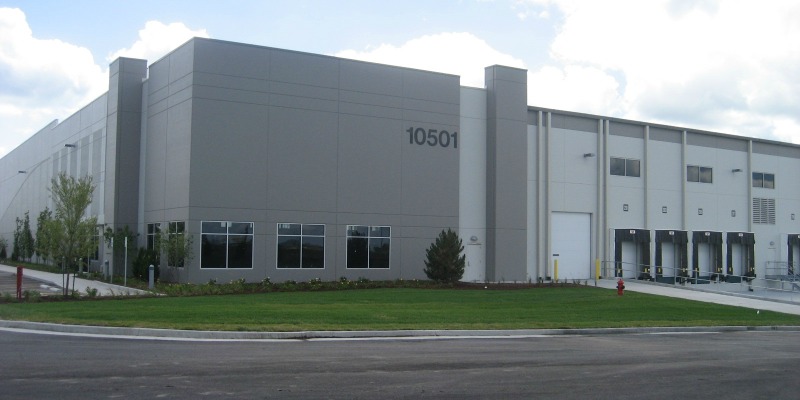 The $102m KC Streetcar project was conceived with a specific goal of spurring economic development and encouraging new levels of density, vibrancy, and investment within the downtown KCMO core. Construction of the two-mile, north-south KC Downtown Streetcar starter line began in May 2014 and will officially open to the public on May 6, 2016. Since the project began, there has been record levels of investment along the streetcar starter line. As of April 2016, more than $1.7 billion in development projects have been completed, are currently in progress, or have been publicly announced since voters approved the streetcar in December 2012. Read more 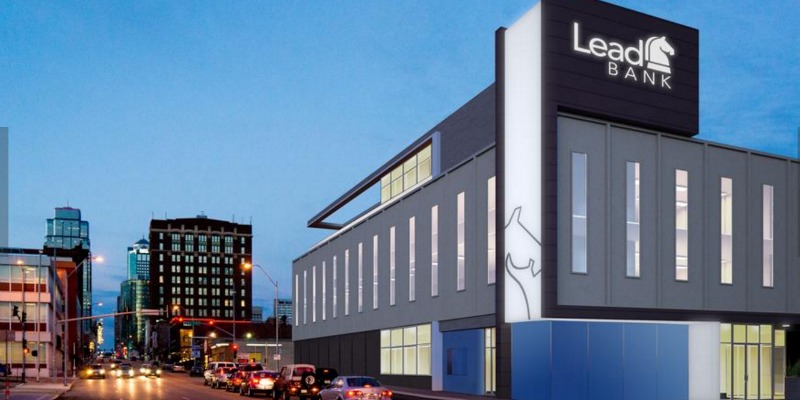 Lead Bank recently opened a new state of the art branch in Kansas City’s downtown Crossroads Arts District. Josh Rowland, Lead Bank’s vice chairman, says “The Crossroad’s district makes us more accessible to our current clients while providing the opportunity to reach out to new ones as well.” Rowland says he has no doubt the Crossroads will provide a vibrant environment for Lead Bank to maximize its potential. Read more 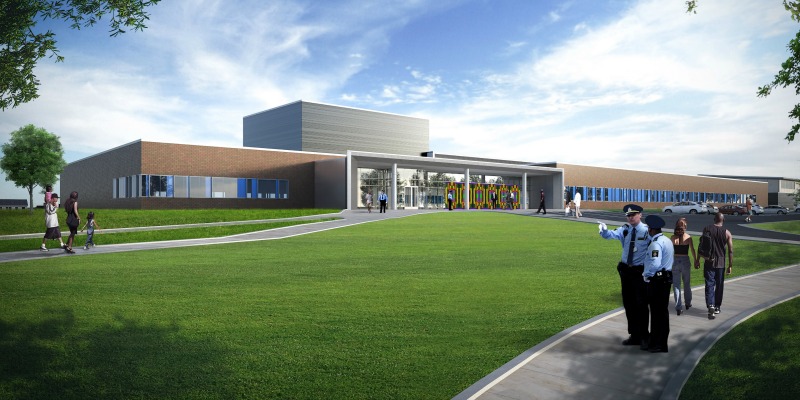 The Nearly 70 buildings were demolished on Kansas City’s east side to make room for a new police station and state-of-the-art crime lab. The $74 million Leon Mercer Jordan Campus, funded by a city public safety sales tax, officially opened to the public in December 2015. The campus is expected to have a significant economic impact on Kansas City’s Eastside citizens and businesses, specifically serving as a redevelopment catalyst for the Prospect Avenue Corridor and its surrounding neighborhoods. Read more 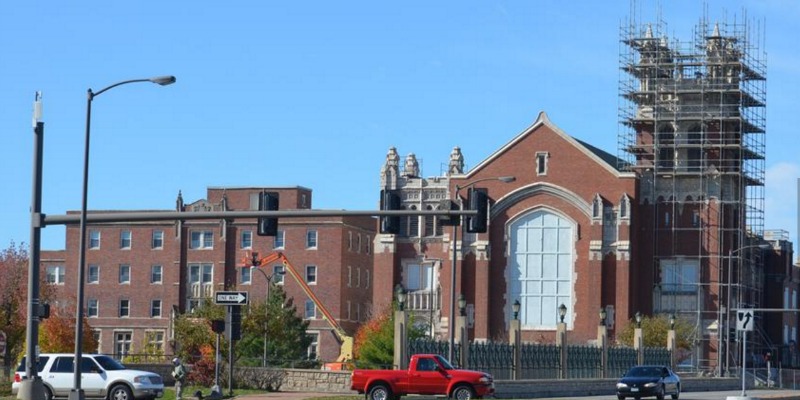 The 1923 Linwood Presbyterian Church at 1801 E. Linwood Boulevard and the adjoining Harold Thomas Center at 3210 Michigan Avenue have been redeveloped into a campus for neighborhood services. The Linwood Area Ministry Place (LAMP) and a variety of community partners contributed over $2 million to assemble land and restore the buildings. They have made a strong commitment to be an active, positive presence in this distressed area, working as neighbor and friend to people in need. The project created 32 one and two bedroom apartments and provides robust community social services in a combination of old and new buildings. The initial phase of redevelopment included the adaptive reuse of the former sanctuary structure built in 1923. Read more 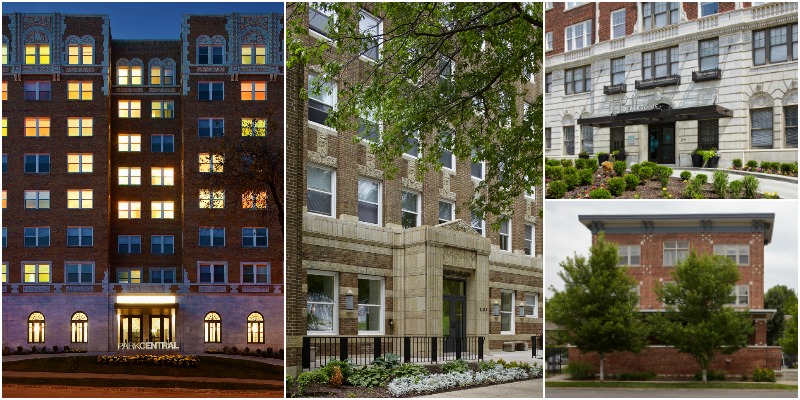 Midtown Kansas City was once plagued with crime and blight but that has been changing over the past 10 years thanks to investments from groups like Mac Properties, who’s been investing in the area in the form of renovations to at least twenty-four buildings along Armour Boulevard. Since 2007, MAC Properties has developed 1,500 market-rate apartment units within a half-block of Armour Boulevard between Troost Avenue and Broadway. In addition, MAC Properties completed the conversion of the Ambassador building at 3560 Broadway into 112 apartments in 2014, and the 108-unit Newbern Apartments project at 525 E. Armour Blvd. in January 2015. Read more 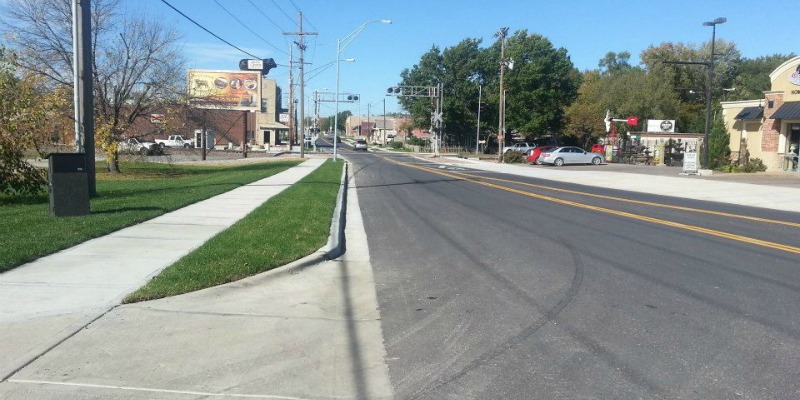 Martin City is a 300+-acre Community Improvement District (MCCID) in South Kansas City with 75+ businesses within their boundaries. The MCCID generates $50M+ in sales tax revenue annually for the city of KCMO and has made significant investments to upgrade their infrastructure and recruit new businesses to the area. Many think Martin City is its own municipality but they are part of the City of Kansas City, Missouri, having been annexed in 1963. This is the first time in the 27 year history of the Cornerstone Awards that an entire group of businesses has been named as a finalist. Read more 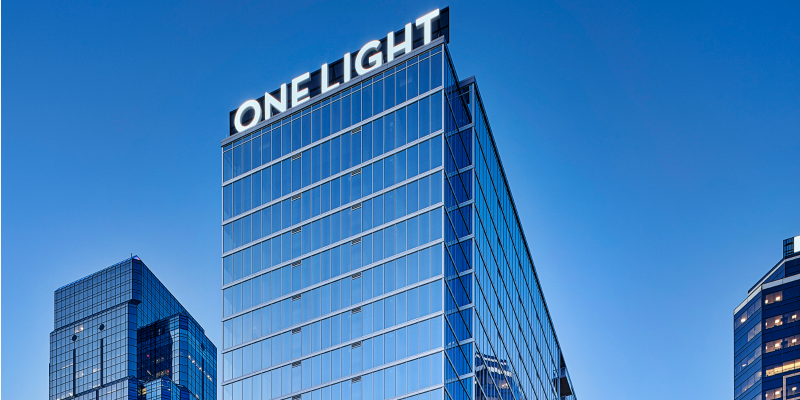 The new One Light tower rises 25 stories at the corner of 13th and Walnut Streets in the heart of downtown Kansas City’s Power & Light District and is the first of four luxury residential developments the Cordish Company plans to build downtown. The 307-unit luxury apartment tower is downtown’s first new construction, high-rise apartment tower building in 50 years, and one of the most luxurious, amenity-rich apartment communities in the country. Since the start of construction in May of 2014, One Light has enjoyed unprecedented interest and opened with more than 80 percent of its apartments leased. Based on the tremendous demand for penthouse units, One Light added a second penthouse floor midway through construction. Read more